The vision for children at DSM to live and learn two cultures, preparing students at the school to become involved citizens of an increasingly global world.

The school caters for families with German language connections, as well as those that are interested in providing their children with the opportunity to learn an additional language to a high proficiency level from an early age. Through its bilingual and bicultural educational model, the DSM provides a framework for academic success, while allowing children to experience a sense of identity and belonging. The school’s holistic approach nurtures and celebrates each child’s individuality, embraces different backgrounds and builds intercultural awareness and respect for others. A vibrant, encouraging and caring environment provides a foundation for the children to develop confident personalities that allow them to become responsible members of local and global communities.

Our school environment assists children to grow into balanced and confident individuals who are able to take responsibility for themselves and others. Being able to communicate in two mother-tongues enables them to perceive the world from a range of cultural perspectives. It assists them in developing a global view on life and appreciating cultural diversity. This is fostered by the school being an integral part of both local and German-speaking communities. With its strong sense of community among the students’ families and its cultural activities inviting the wider community to take part in the school’s life the DSM is more than an educational institution. Ultimately, the school provides students with the environment to live and learn two cultures.

The bilingual and bicultural education of children at DSM is delivered through the school's immersion program and reflects the philosophy of the school. 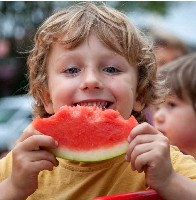 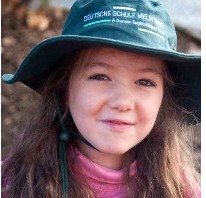 Steeped in history, Deutsche Schule Melbourne is one of the popular school in the Fitzroy North area. Our aim is clear and present in all aspects of the school. Respect, Compassion and Resilience are some of the qualities demonstrated towards the personal attributes we strive to gain and display in our community.

We endeavour to celebrate each other’s uniqueness by providing opportunity for all and to develop a culture that identifies that the journey towards excellence is often paved with trial and error, risk taking, learning from mistakes, flexibility and adaptability. We believe that encouraging students to take ownership of the learning is critical in achieving the best learning outcomes and that implicit in this concept is that students learn their own areas of strength and areas of development, through useful and explicit feedback.

We invite you to explore our website and learn more about the quality 21st Century education Deutsche Schule Melbourne offers all children who enrol in our school.